Art Review
Religious art is a genre where themes are determined by views of the sacred and belief in higher powers in various cultures and civilizations.
The most archaic monuments of religious art have survived from the time of Ancient Egypt. The ancient Egyptians erected huge temples to their gods, and represented them in the form of people or animals. Their images are preserved on the walls of religious buildings. There also have been preserved images in the form of statues. The main rule of the religious art of the ancient Egyptians, which they followed in the construction of both temples and statues of deities, was the majesty of execution.
In the imagination of the ancient Greeks, their deities also appeared in human form, only the gods were endowed with perfect appearance and physical beauty. This is how they appear in the surviving monuments of the art of antiquity. The ancient Greeks also erected temples in honor of their gods, but unlike the ancient Egyptians, these structures were not so pompous and the architecture was harmonious. The views of the world among the representatives of these civilizations were significantly different 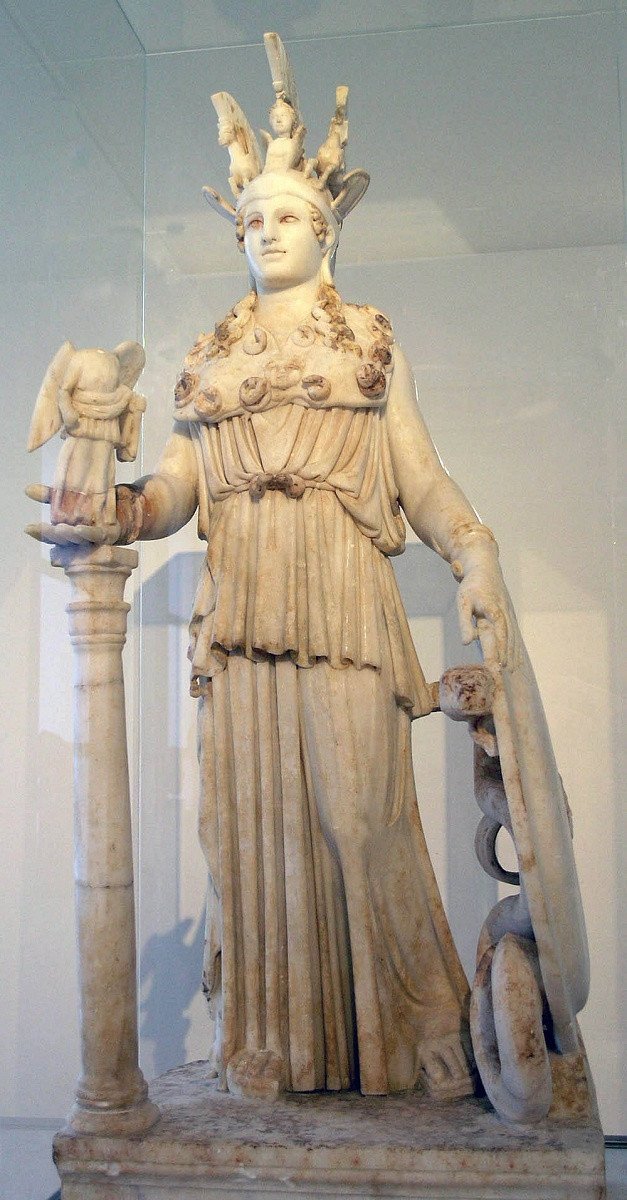 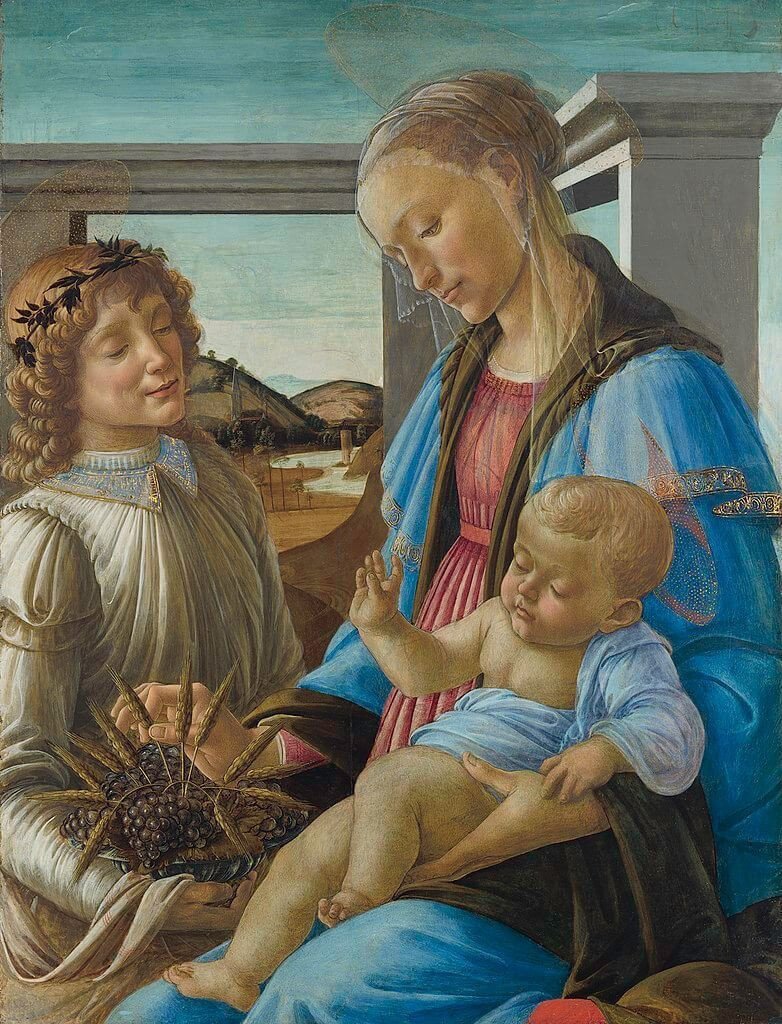 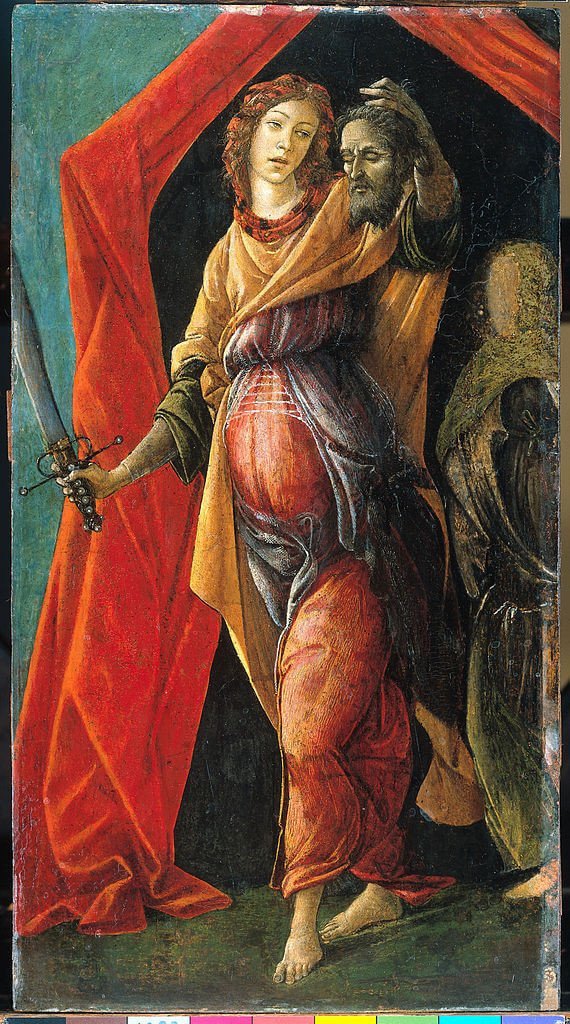 Judith Leaving the Tent of Holofernes, Sandro Botticelli, 1490.
The Athenian sculptor Phidias in the 5th century BC created actual masterpieces of religious art. Among them was a statue of Athena Parthenos, installed in a temple dedicated to this patron goddess of the capital of Greece. In Athens, there was also a statue of Olympian Zeus, which was recognized as one of the Seven Wonders of the World in ancient times.
The time of the dominance of the religious genre in the art of Europe was the era of the Middle Ages. Both in the Byzantine Empire in the east of Europe and in the countries of Western Europe, the main task of the religious genre is to convey a message, and not to perfectly depict the characters of sacred texts, and what surrounds them. Proportions, colors, realism of perspective, light and shadow, all this could give way to symbolism and simplification of the transfer of images. 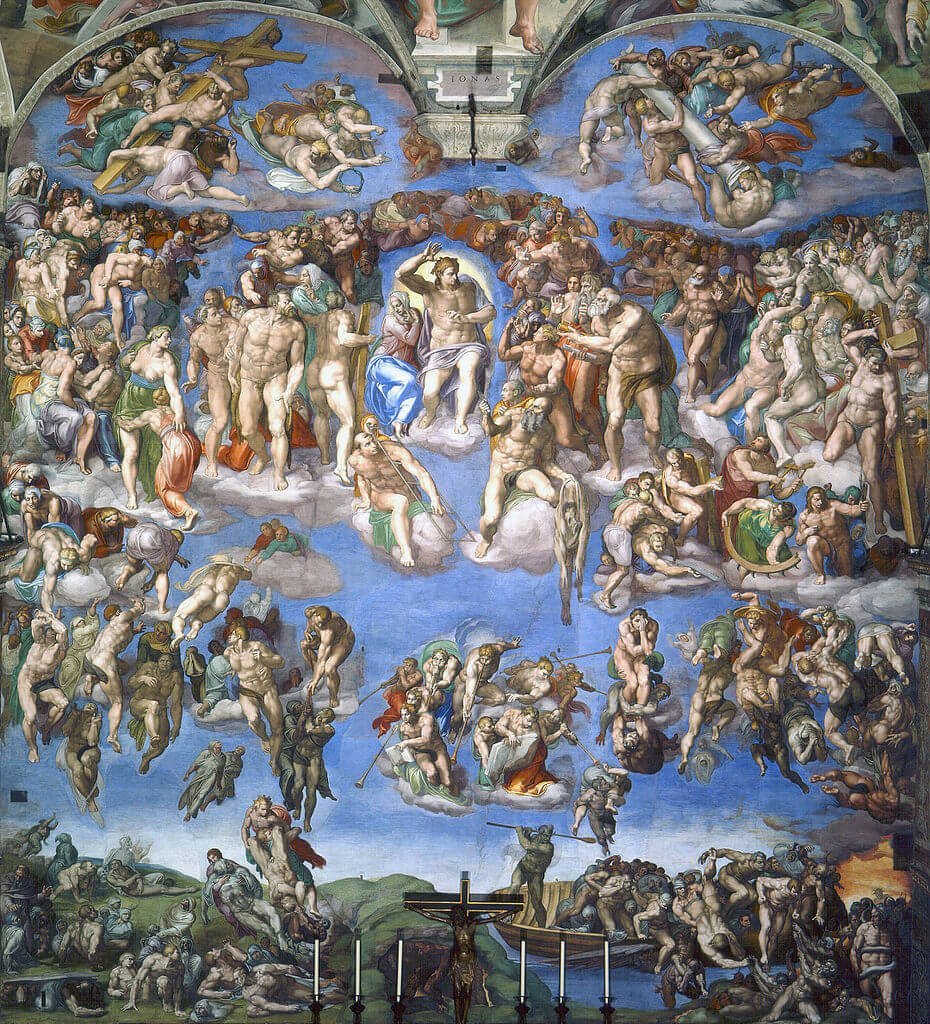 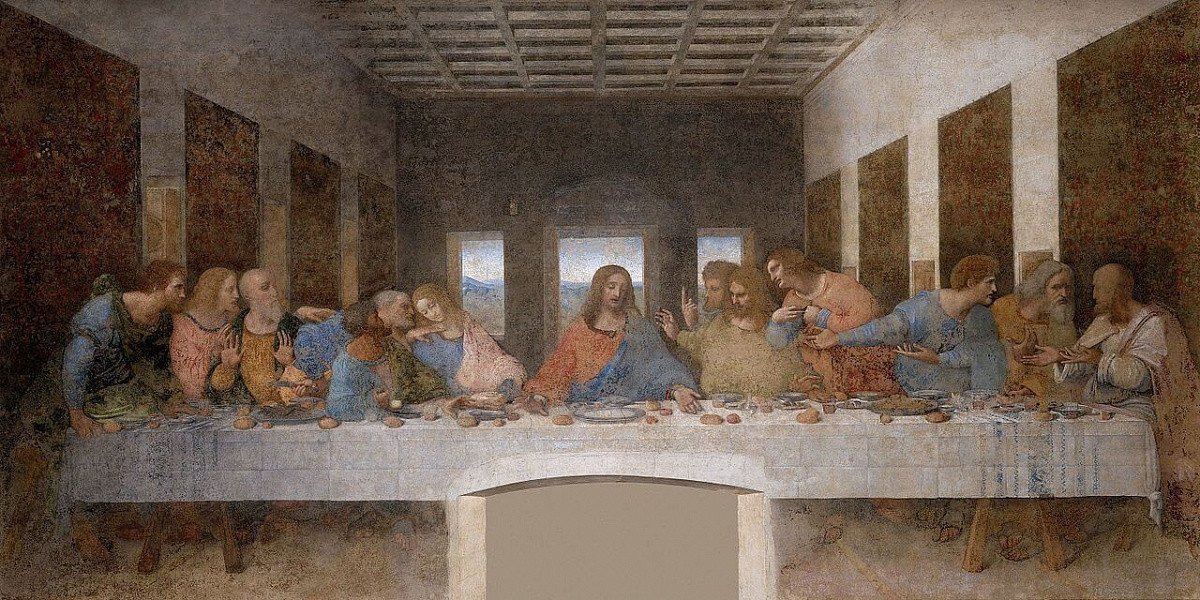 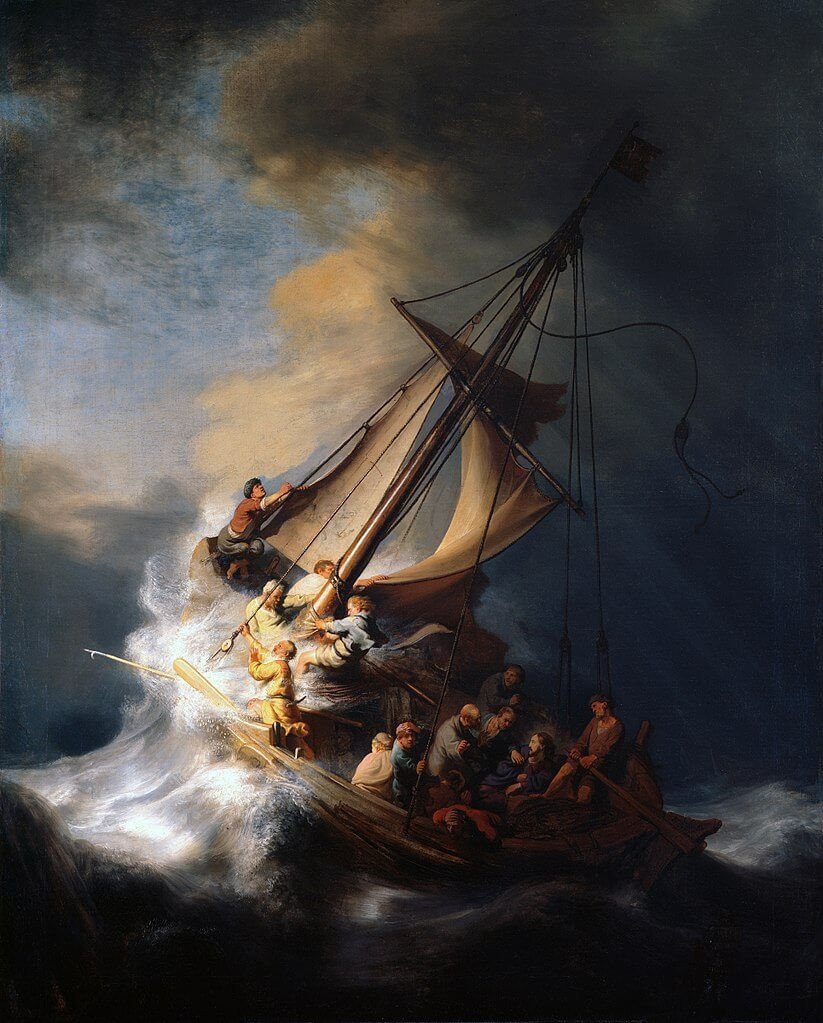 The Storm on the Sea of Galilee, Rembrandt, 1633.
The era of great artists, including those who worked in the genre of religious art was the Renaissance.
At that time, religious art was approaching secular art. Such a rapprochement was welcomed even by strict adherents of the faith: The Catholic Church commissioned Sandro Botticelli, a major Renaissance artist, to create Madonna of the Eucharist. This example of Catholic art, created in 1470, was much appreciated. Its author created other works in the religious genre. Among them: Judith Leaving the Tent of Holofernes, Madonna of the Magnificat, The Trials of Moses, Adoration of the Magi.
Michelangelo Buonarroti is deservedly called the colossus of the Renaissance. He painted in the heart of the Eternal City, in the Sistine Chapel, a recognized masterpiece of the High Renaissance. These paintings – frescoes on the themes of biblical history on the ceiling of the chapel building by Michelangelo were made in 1508-1512.
The most outstanding and brilliant master of the Renaissance, Leonardo da Vinci, was also inspired by biblical motifs. His mural painting The Last Supper in the refectory of the Milan church of Santa Maria delle Grazie at the monastery was painted in 1495-1498. This is the most important masterpiece of the religious genre in the history of world art.
The Dutch painter Rembrandt Harmenszoon van Rijn, a prolific master of the 17th century, created wonderful works on the theme of biblical history. An interesting fact: only one seascape belongs to his brush, and this is a painting on the theme of religion The Storm on the Sea of Galilee, which was painted in 1633.
In the 19th century, the painter William-Adolphe Bouguereau worked in France. His works on religious themes are made in the tradition of romantic realism. Biblical scenes are captured in his paintings on the walls of temples. A distinctive feature of the work of this master is the symbolism given by him even to the minor details of his works. 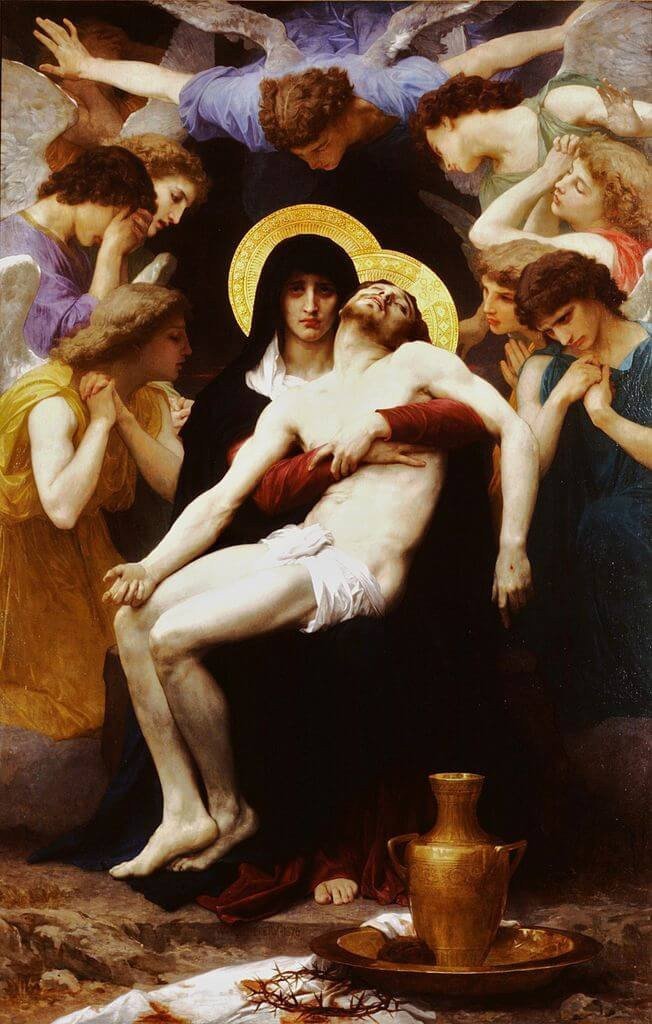 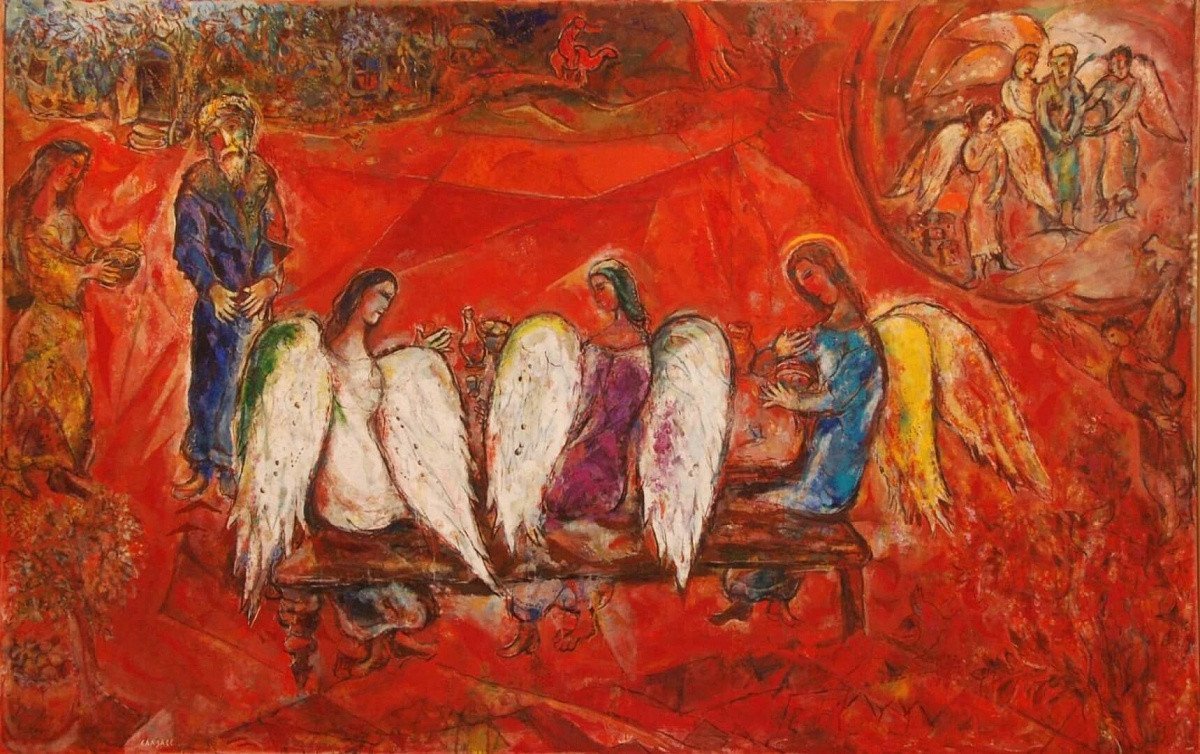 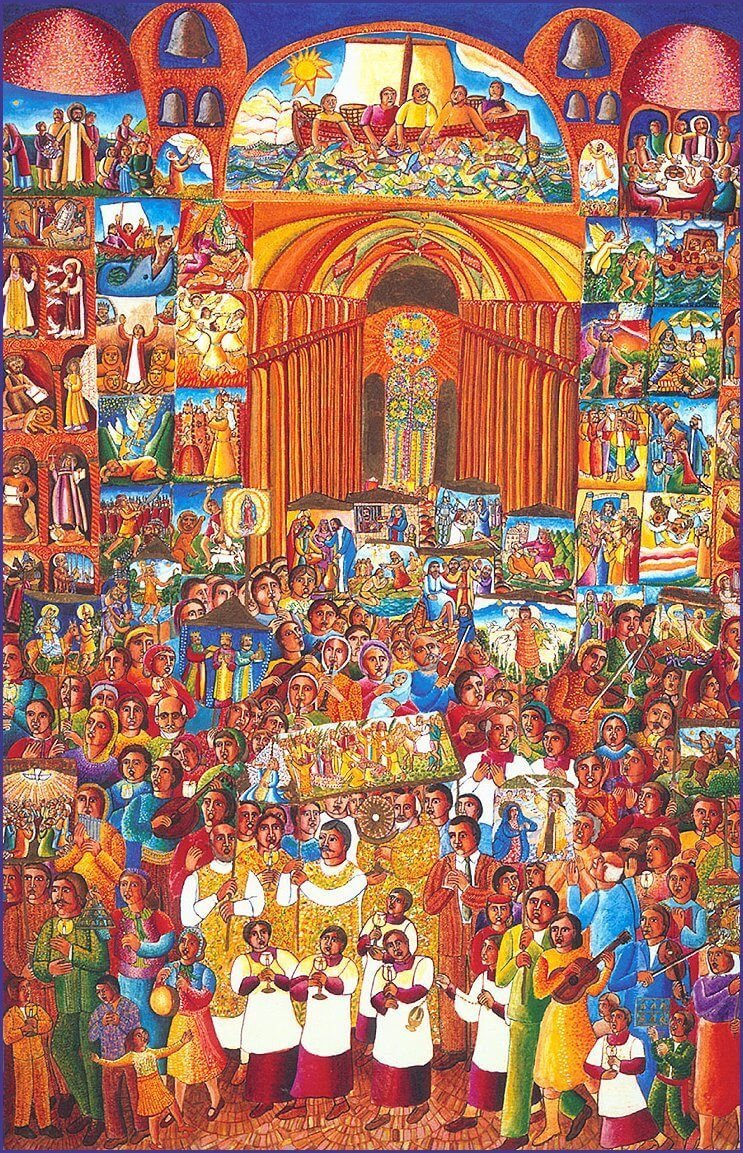 Procession, John August Swanson, 2007
An outstanding artist of the twentieth century, Marc Chagall created paintings inspired by the biblical story in the 1930s. In order to fully feel the touch of the past, the artist visited the land where the events from the Holy Scripture took place. And this painter succeeded. Chagall later admitted that visiting the Land of Israel left the most vivid impressions that he had ever experienced. They were embodied in paintings based on Old Testament subjects. The freshness of impressions dictated the ease of execution: critics saw that his work, Abraham and the Three Angels, leaves the feeling that the angels came to an old friend to have lunch with him and a glass or two of wine. None of the masters has brought sacred history closer to the audience of their paintings since the time when Rembrandt was around.
Among the myriad of artists creating contemporary art on Christian themes, John August Swanson is definitely worth being noted. His works convey the traditions of naive art and ethnicity. His colleague Bruce Herman interprets biblical stories in a modernist way. Andres Serrano prefers to create images of Jesus that shock the public.
As in ancient times, now the masters of the religious genre also create their works with the aim of selling them. You can buy paintings of this genre in the Jose Art Gallery online gallery.
We use cookies and similar technologies to provide the best experience on our website.More information >