The distant predecessor of street art was the rock art of our distant ancestors, preserved inside caves in remote corners of the world. But it was not yet street art, but rather cave art because the streets had not yet been invented in those days. The birthplace of this genre is the United States. Its first manifestations in the form of graffiti appeared in the 1930s on the surfaces of buildings and subway trains, but until the 1970s. Graffiti like this is rare. Their authors were charged with hooliganism, they were classified as petty troublemakers and outcasts. And they were treated the same way as barbarians who break the glass. Only criminal statistics were spoiled by the police; it's a mess! Unlike traditional art, street art was not placed in the halls of museums and galleries, its place was in the midst of the noise of city streets. “The service of the muses does not tolerate fuss” - obviously not about this genre. The main tool for the production of street artists was a can of spray paint, some authors resorted to stencils. However, there are other embodiments of street art - for example, sculpture and art objects - installations. 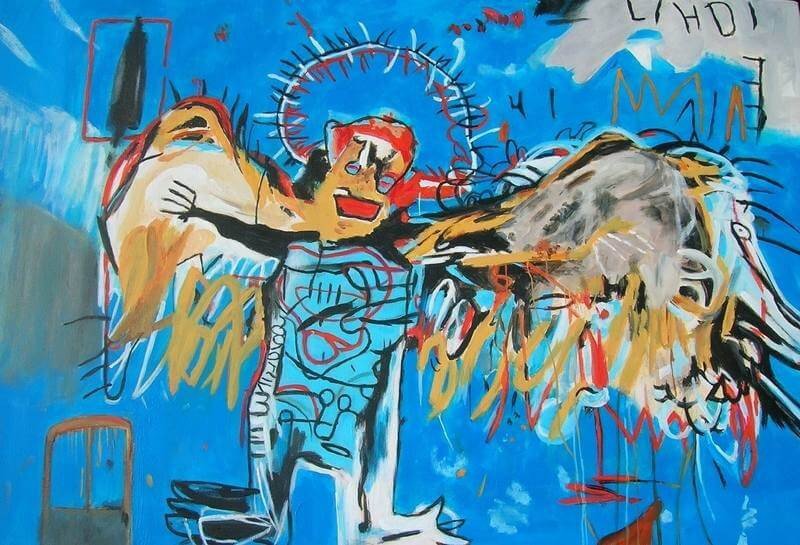 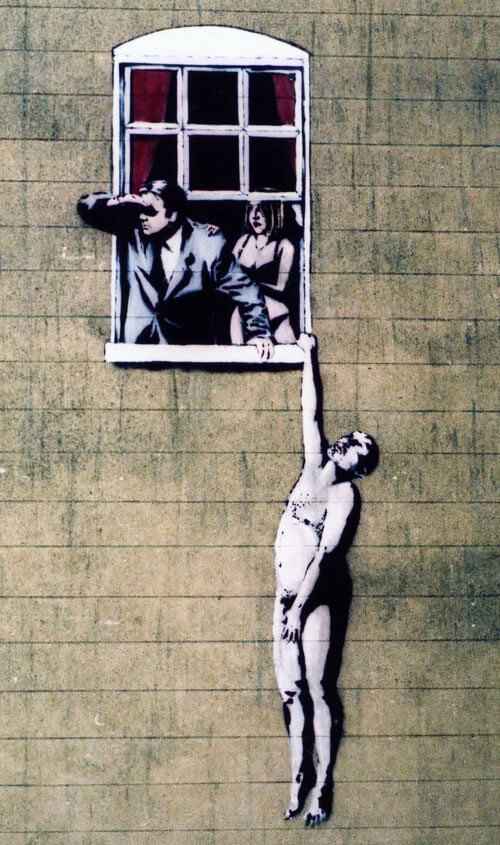 Banksy graffiti on the wall of the Clinic for Sexual Problems. Bristol, Englandя. 2008. 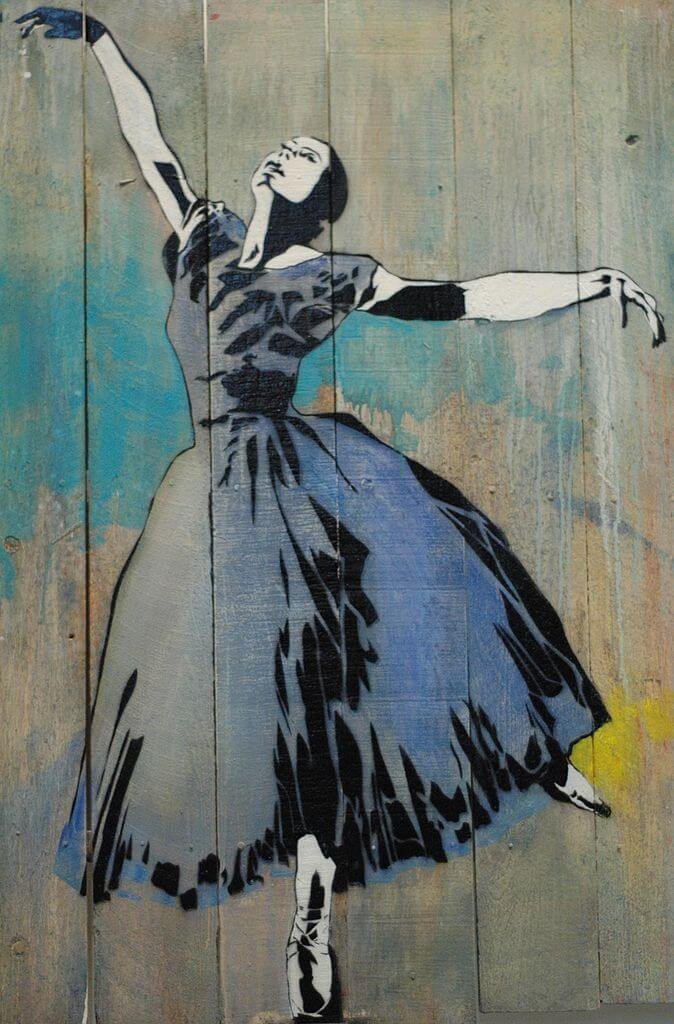 Blek Le Rat, Ballerina.
At the end of the 1960s a street artist known as Taki 183 broke into the streets of battered New York. Working as a courier and taking advantage of the opportunity to move around the city, he painted walls in various places in the metropolis. In 1971, a publication about his art was published in the influential publication The New York Times, which in itself was a success, besides, for all street art, an article in the newspaper became the beginning of popularity.

New York subway trains have become a real magnet that attracted generations of street art artists. The city authorities were so fed up with their mass scheduling that they provided the writers with separate areas for self-expression. In the 1970s The first exhibition of the art of graffiti artists was also opened. And street art artists began to receive tempting offers from advertisers. Their skills are improving. From applying various inscriptions, they move on to drawing cartoon characters. Tourists love to take photos against the backdrop of street art paintings. Hollywood also helped - thanks to the cinema, graffiti began to be perceived as an indispensable element of the urban landscape.

Following amateurs in this genre, professionals began to try themselves. The masters of contemporary art began to explore the spaces of the streets, and now the works of honored masters of street art are sold for considerable sums.

In the last decade of the 20th century, street artists became so briskly involved in the world of advertising that they began to receive commissions from giant firms like IBM and Sony.

Jean-Michel Basquiat, a street painter from the USA, is one of the most famous artists of this genre, he worked in the capital of modern art - New York. Over time, however, he gave preference to neo-expressionism. He painted in the style of graffiti the walls of Manhattan from con. in the 1970s, and was also a member of the band Gray, who performed in entertainment venues in the same area. 1980s marked by Basquiat's collaboration with another master - Andy Warhol.

Another capital of street art of our continent is Paris. Street artist from France Blek le Rat (Xavier Prue) was the first to use a stencil when creating his works. This innovation was facilitated by the arrest by law enforcement officers while he was creating another mural on the street. After all, if you use a stencil, street art painting can be applied much faster. The objects of his inspiration and the heroes of his works since 1981 are city rats, whose images he leaves on the streets of the French capital. The artist is convinced that rats are “the only free animals in the city”. In addition, Blek le Rat creates paintings, lithographs, silkscreens and 3D objects.

These rats inspired the creative search for another master of contemporary art - Banksy. Thanks to him, street art gained recognition in Britain. His work is understandable in all corners of the world, because it tells about social problems that are relevant everywhere, and the real name of the artist, however, remains a secret. He has long become, perhaps, the most popular author of street art. The cost of works of his authorship at auction sites is estimated at more than $1 million.

The American street artist Shepard Fairey did not limit himself to articulating the problems of society, but also decided to share the ways to solve them, and therefore in 2008 he took part in the presidential campaign, supporting Barack Obama. 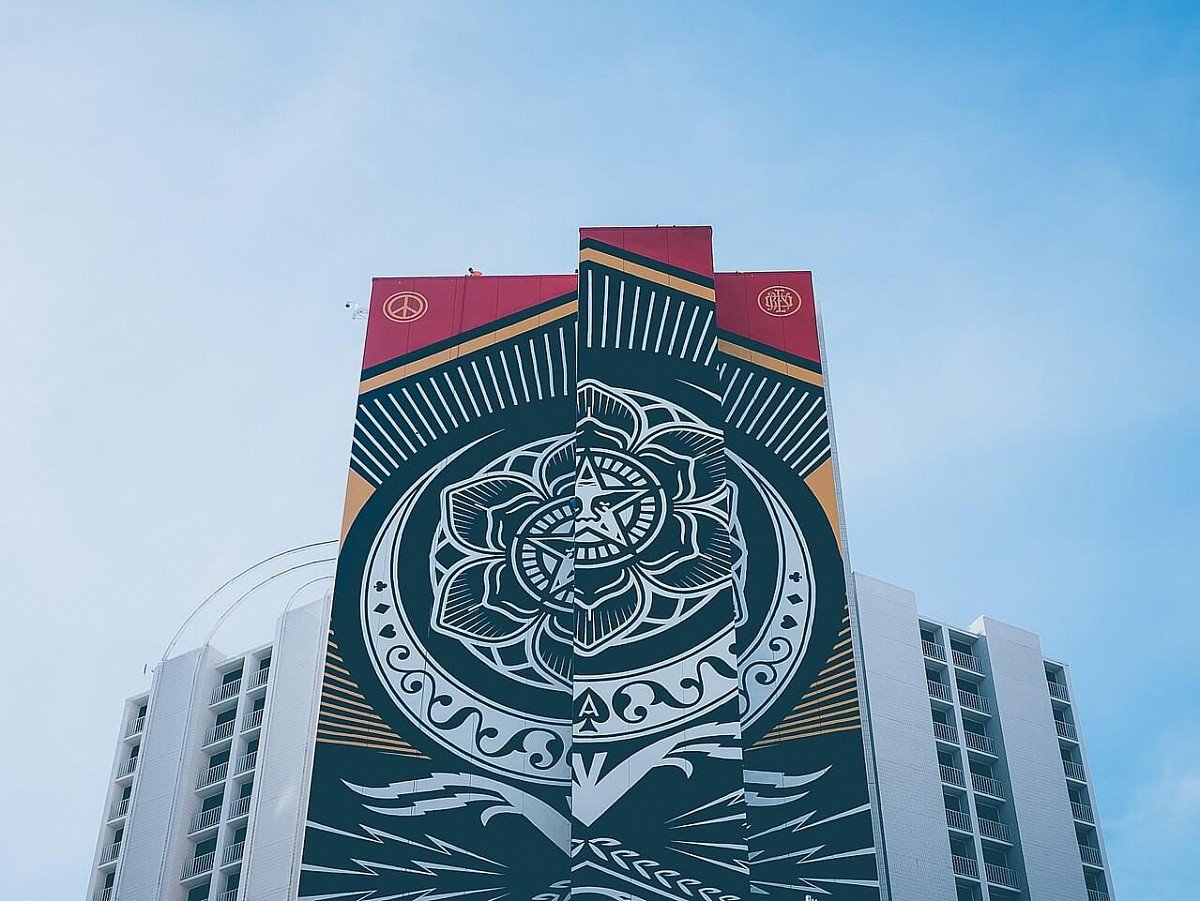 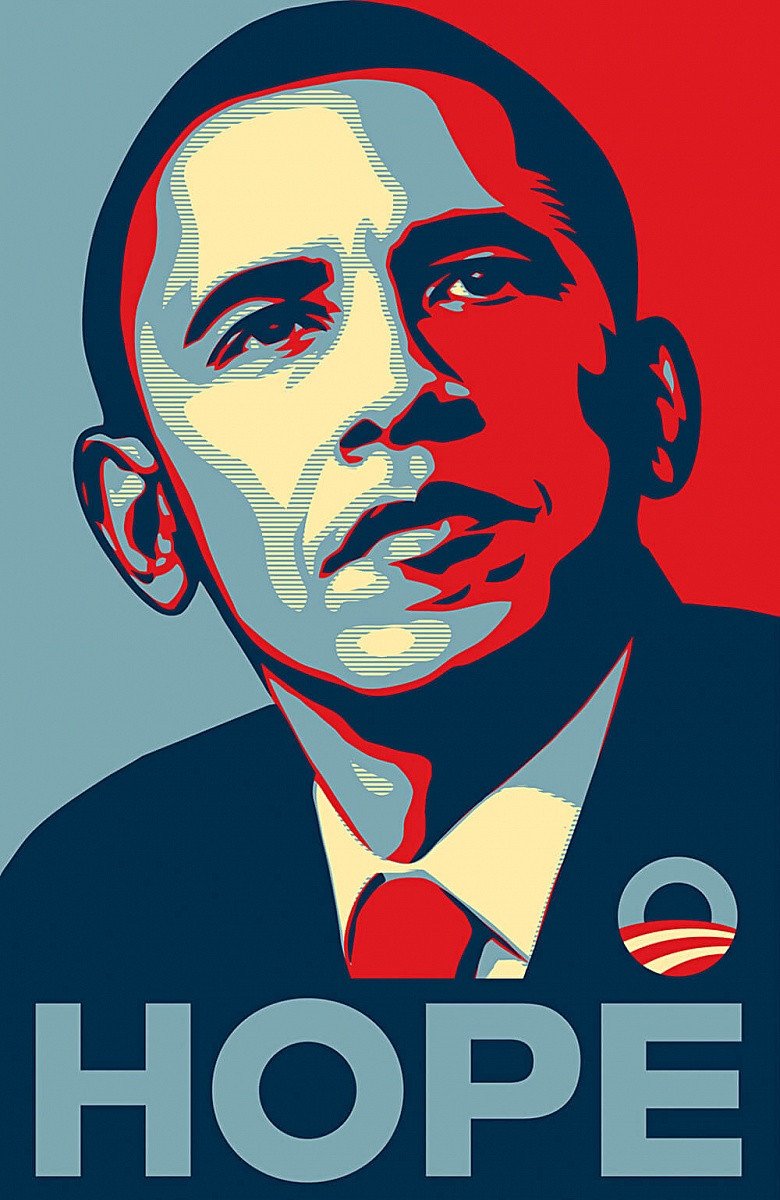 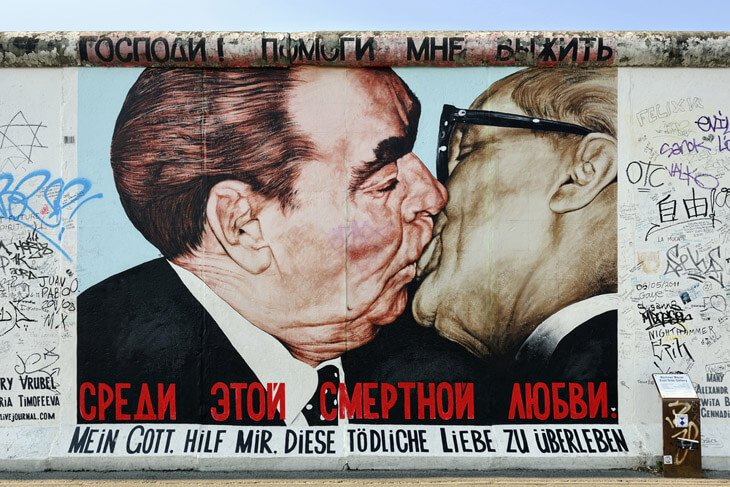 On the European continent, street art started with its victorious procession from the 1980s. When the Berliner Mauer fell in 1989, the surviving section of the infamous wall became an art platform. There, on its fragment, a landmark work of street art is applied, depicting the kiss of Leonid Ilyich Brezhnev with the East German leader Eric Honecker. It was written by Dmitry Vrubel. He is only one of 118 painters who left their works on the remains of the wall. In the largest metropolitan areas of the Old World, excursions to objects with works of street art have become popular. The words of J. M. Basquiat, which can be considered the slogan of street art: “I don't think about art when I'm working. I try to think about life.” (“I don’t think about art when I work. I try to think about life”).

The works of the authors of this direction are sold on the website of Jose Art Gallery.