QATAR CITIZENS ARE BEING TAUGHT TO LOVE CONTEMPORARY ART

The famous British artist Damien Hirst expands Eastern people’s understanding of contemporary art. A composition of 14 large-scale bronze sculptures was opened in Doha (the capital of Qatar), each from 5 to 11 meters high, which shows the entire process of fetal development in the womb of a pregnant woman. The last of the sculptures that lined up along the avenue was a born boy. The sculptures weigh 216 tons and it took three years to create them. This art object named The Miraculous Journey has been already called provocative by critics. This criticism sounds groundless, and is only based on common knowledge of the sculptor’s uniqueness. This time the Hirst project turned out to be life-affirming like never before. There are no alcoholized sharks or cows. The composition has a distinct social message and is located at the entrance to the Sidra medical center, which serves women and children. If an expectant mother after viewing the composition will, for example, refrain from abortion, it will repay the $ 20 million spent on the project. 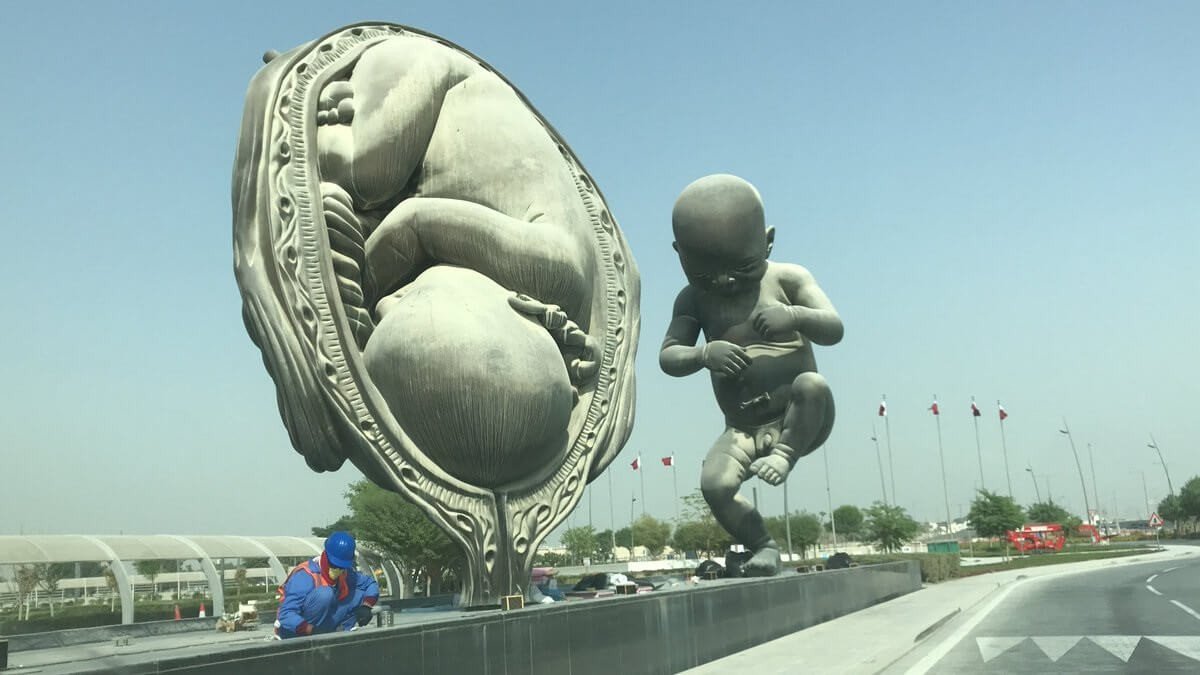 It is not the only art object of the Sidra medical center. There are 65 of them. For example, the fourth floor hosts a neon installation by the British artist Tracey Emin called I Listen to the Ocean And All I hear Is You. The history of the abovementioned Hirst's artwork began in 2005. The artist intended to create it when he himself became a parent. The artist had showed sketches of the future sculptures to the Kuwaiti princess Al-Mayassa, a great art-lover, and enlisted her support. The daughter of the sheikh, who headed the Qatari museum management, became the customer of the artwork. The first attempt to open the sculpture composition was made in 2013. It was a special operation. The delivery of sculptures to Doha lasted for several weeks, and what they showed was kept secret. They were hidden under tents until the official opening. Then the sculptures caused outrage and protest of conservative-minded local residents. The art object was closed to the public, and the administration of the medical center announced that it had done so to save the sculptures from possible harm during the construction work performed nearby. 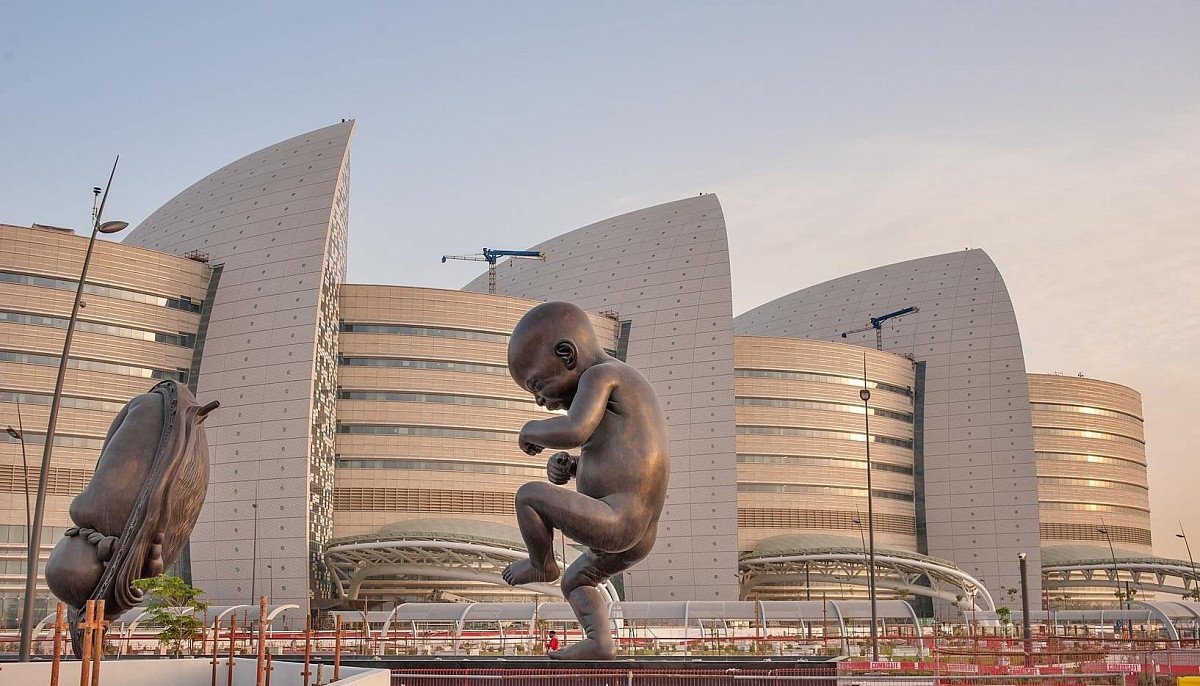 This time it is not smooth either. Qatar health sector leaders are going to protest the opening of the avenue. Well, you can build ultramodern skyscrapers and glass & metal office buildings, modern medical institutions, as well as develop the most advanced urban infrastructure and declare being an innovative country, but all this will not mean a good attitude of citizens to contemporary art. Responding to critics of Hirst's composition, Princess Al-Mayass quoted the verses of the Quran, which speak of the miracle of birth, and stated that the artwork does not contradict religious and cultural traditions of Qatar. A representative of the Qatar Foundation, Leyla Ibrahim Bacha, said that contemporary art objects should not cause everyone’s admiration, but it is absolutely normal if they invite discussions. Damien Hirst agreed that his artworks are quite provocative for the Middle East and can cause criticism. Moreover, his other artworks were brought to Doha, and they are not as optimistic. In early October, the largest retrospective exhibition of Hirst called Relics was opened in the Al Riwaq Exhibition Hall, located near the Museum of Islamic Art. The foreground was given to the composition (a shark in formaldehyde) called The Physical Impossibility of Death in the Mind of Someone Living. Equally impressive was a skull decorated with nine thousand diamonds called For the Love of God. This contemporary art event is happening for the first time in the Gulf region. And the future plans of the contemporary art curators from Qatar are even more ambitious, they want to turn their country into one of the world's art centers. The National Museum of Qatar will be built next to the Museum of Islamic Art. The project of its building is to be developed by the French architect Jean Nouvel. It will be an ultramodern construction of steel & concrete disks in the form of a “desert rose”, whose alabaster crystals can be found in the deserts of Qatar. With such approaches to popularization of the contemporary art, Qatar people seem to become its passionate and knowledgeable admirers very soon.