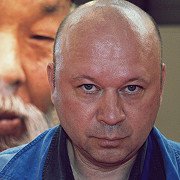 About the artist Leonid Tomilin

About Leonid Tomilin Nowadays Leonid Tomilin's drawings present the result of more than 30-years long experiences with technique and materials (paper, graphite pencil). Conceptually, the aim was to combine academic achievements in drawing with the latest formal visual searches. Ascetic technique, it seems, reached the limit of its resources a long time ago - graphite pencil-paper finds as though a second wind in Leonid Tomilin's artworks. The drawings for the greater part look like aquarelles by the lightness of perception and dexterity of rendering. At XXI century it seems to be impossible to find the own face in the Fine Arts , the more in Graphic Arts. Probably, the artist succeeded in it. Less Education: - South Ukrainian National Pedagogical University named after K.D.Ushynsky (Odessa), the Faculty of Arts and Graphics, 1976-1980 - Prydneprovs'ka State Academy of Civil Engineering and Architectural, the Faculty of Architecture