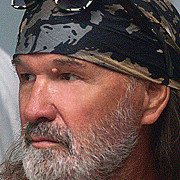 About the artist Evgeny Kompaniychenko

Member of NSFHU since 1991 and the SFR since 1998. Participant and laureate of more than 300 domestic and foreign exhibitions. Member of the Zaporozhye photo club "Zaporozhye" since 1978.

personal began in the early 90s and since 2000 every year in Zaporizhia. Invited to personal in Odessa several times, the last with the photo project "CuKi" (resort kitsch) in August 2018. In December 2017, he exhibited with a series of abstract works and the project "Bottom" in the Dnieper. In the early 2000s, I exhibited in Krivoy Rog and Khmelnitsky, Kiev ... all the data about my work and participation can be found in Google