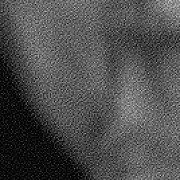 About the artist Jean-Pierre Walter

Jean-Pierre Walter is a self-taught contemporary still life artist who was born in France in 1967 and married to a British woman. In 2005 Jean-Pierre became a professional artist, working with subtle detail he creates small-scale pieces which depict the beauty of common objects in chiaroscuro. It was his children dream to spent his life creating beautiful artworks , something he is grateful to have realized and that he works every day to perfect. He particularly likes to work in his compositions the transparency like the deformations of the glass and the reflection of the metal. Although he leads a discreet career his artworks are exhibited in private collections across 34 countries mainly to United Kingdom and the United-States.* The first exhibition of his paintings in public took place in October 2018 at the G&C Gallery in Tunbridge Wells (Kent, UK) He also works on commission. *Andorra, Australia, Austria, Bahamas, Belgium, Bulgaria, Canada, Chile, China, Finland, France, Germany, Greece, Hong-Kong, Hungary, Ireland, Israel, Italy, Liechtenstein, Luxembourg, Macedonia, Mexico, Norway, Netherlands, Poland, Portugal, Russia, Singapore, South Korea, Spain, Sweden, Switzerland, United Kingdom, United States.