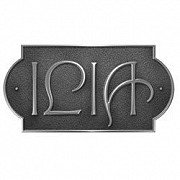 About the artist ILIA aka Leigh-Ann Edrich

A multi-talented artist that creates in every part of her life, Ilia began painting while maintaining a poetic pen pal relationship with a man named Ralph Grimes, who one day she sent a drawing to. After he hung up the sketch and he told her of how many admirers praised the work, her confidence and purpose as an artist was cemented. Inspired by the creativity of her mother and grandfather through gardening, she learned at a mere three years of age and beyond that ‘life is a canvas’ upon which we create. She continued her poetry, yet was urged by Grimes to try her hand at painting. Her path was set. Known for her ability to communicate exactly what the viewer wants in her commissioned pieces, she sold her first wonderful work in 1987, titled ‘Cosi Fan Tuti.’ Her first check for this validated her increasingly growing ability as an artist. Following the lyrical pulse of life, when Ilia paints or writes, she listens to music. Influenced by Mozart, Vivaldi, Loeillet, Telemann, Purcell, Beethoven, Hayden, Bach, flutist Jean-Pierre Rampal, and old time jazz, among more, these sounds help breathe life into her poetic, painterly work. Also heavily influenced by writer, poet, photographer, musician, and filmmaker L. Ron Hubbard, whose rational philosophy has guided her life, as well as inventor and artist Leonardo Di Vinci – her art is dreamlike with different colors and flows-reminiscent of her varying high minded influences from art and musical composition to philosophy. Ilia states, that she creates art in order to ‘inspire others to create.’ Indeed, her visions for her life, even beyond the canvass, are bright and noble. She adds, “I help other artists to make a living with their art because I found out that once I inspire others to create it elevates us all up higher-myself included. And- at times that person isn’t going to continue unless there is a way or even several ways in which for one to make a living with their art, so I like to help teach them to do that.”

Exhibitions of ILIA aka Leigh-Ann Edrich

Education of ILIA aka Leigh-Ann Edrich

Mentors including Mr. Ralph E. Grimes from Los Angeles who held an MFA.