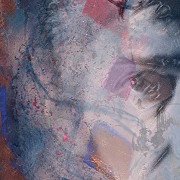 About the artist Andrei Autumn

Andrei Autumn was born in Daugavpils, Latvia (EU), former Soviet Union, in town which has achieved its world recognition due to the fact that Mark Rothko was born there. At early age of 14 in Narva, Andrei already started to sing with a rock-group which was founded by his brother. Later sang with Latvian groups: Livs, Corpus and others. He achieved some notoriety as a vocalist in his own town, Liepaja. In 1984 Andrei defected to the West and lived for over 24 years in USA, first 3 years in New York and the rest in and around Philadelphia. At the end of the 90s Andrei started to experiment with visual arts: painting, photography, etc. This passion was prompted by a simple intention to decorate his residence with art. What is the best way, but use your own work? You hang on your walls exactly what you like and it's cheap. Andrei is a self-taught artist and his only guide is the inner intuition. His pieces often depict complex emotions conveyed by layers and mix of colors and shapes. He toys with colour contrast. All its possible and impossible combinations. Even though the works are abstract, sophisticated viewers could see some images: faces, heads, other non-abstract shapes. One just needs a certain type of imagination to see them. Andrei's style and methods change from time to time, but in general terms could be described as Action, Color Field painting, Geometric Abstraction, and Emotional/Intuitional Art, etc. Andrei's pieces were exhibited in some small galleries and art/frame shops in US and Latvia. Andrei is also a musician: singer-songwriter and photographer, from 2008 residing in Latvia.

Anything to mention at the moment...