Marina is not only a beautiful female name but also the name of a whole trend in painting. In Italian, the word marina "marine" came from the Latin language, which has the word marinus. The seascape at all times had its admirers. After all, it is so natural - after a trip to the sea, to buy a picture reminiscent of sea distances.

In a separate direction of landscape painting, the seascape stood out in the Netherlands washed by the sea at the dawn of the XVIIth century.

The sea has long been an inspiration for the masters of the brush. Probably not to find a painter who would not express his impressions of what he saw on the canvas after visiting the sea, and maybe ocean shores. For some of them, the seascape becomes the main theme of their creative quest, and such painters are called marine painters.

Marine painting in art arose a very long time ago: its oldest examples appeared 12 thousand years before our era. Drawings with vessels made of reeds, carved on stones in the Azerbaijani Gobustan reserve, belong to that era. Marine artists in all historical eras did not stop depicting ships ploughing the waves. 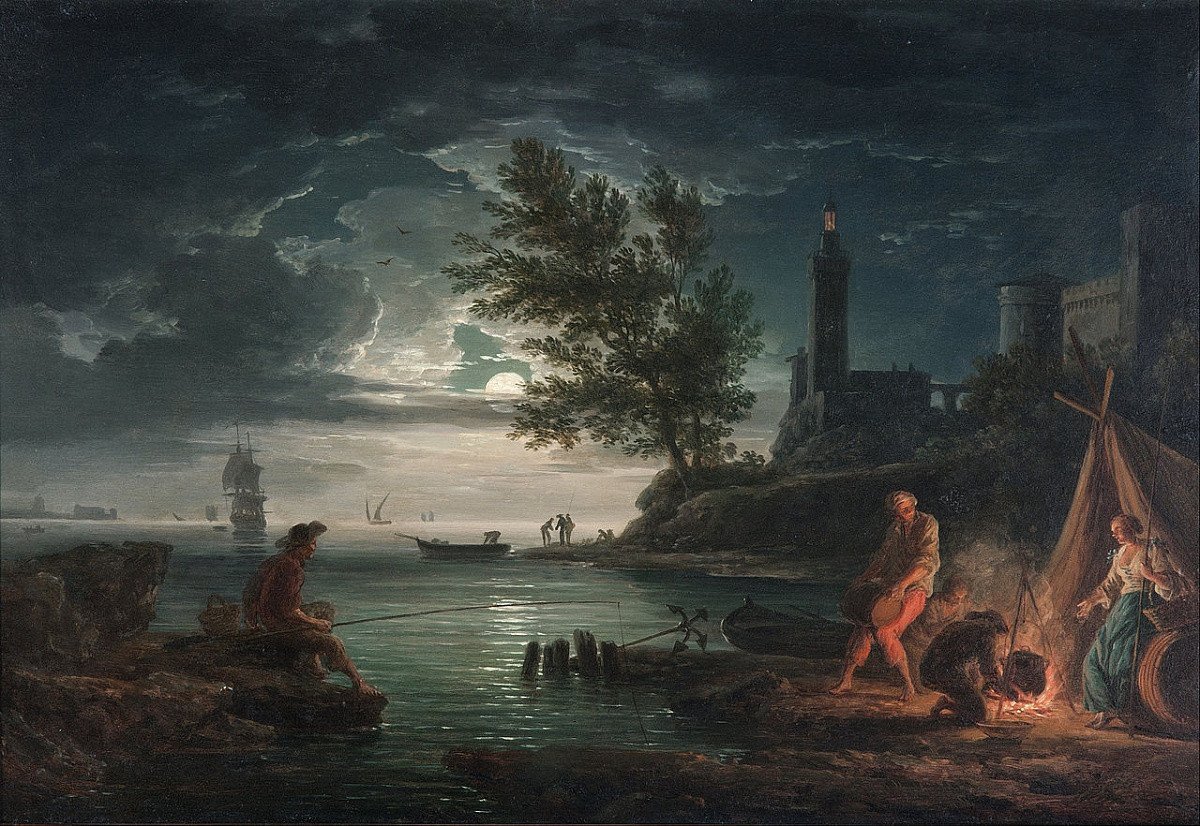 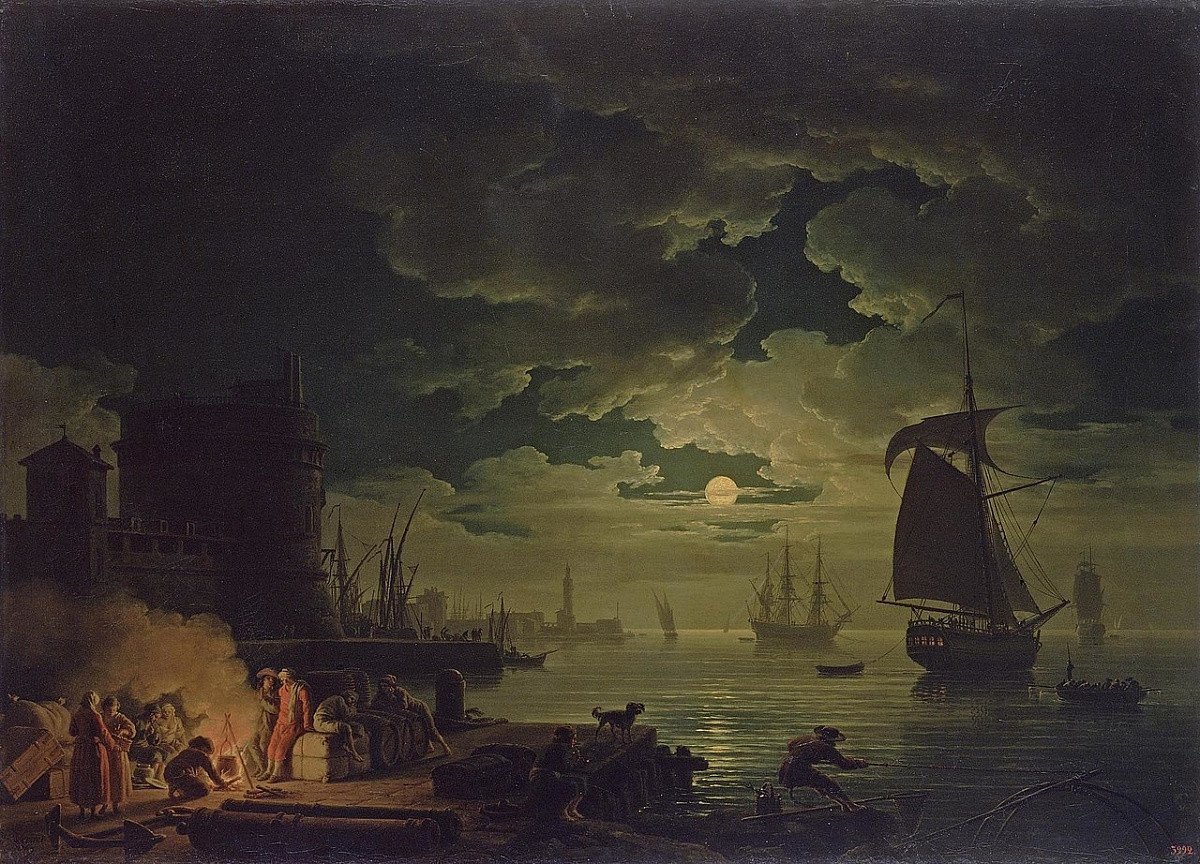 Claude Joseph Vernet, Entrance to the port of Palermo by moonlight, 1769.

One of the most famous landscape painters of the 18th century was Claude Joseph Vernet. He became famous for his canvases with sea storms. Paintings Oil painting, his authorship replenished the collections of paintings of the monarchs of the Old World.

Ivan Aivazovsky is rightfully considered the most famous marine painter, who painted seascapes with great skill, where scenes of sea battles unfold, ships carry sails, and rocks rise above the coast. The number of his works in the marine genre exceeds 6000.

Located among the waters of the Atlantic, the Canary Islands are the birthplace of the master who painted sea distances and views with islands - Nicolas Alfaro y Brieva. 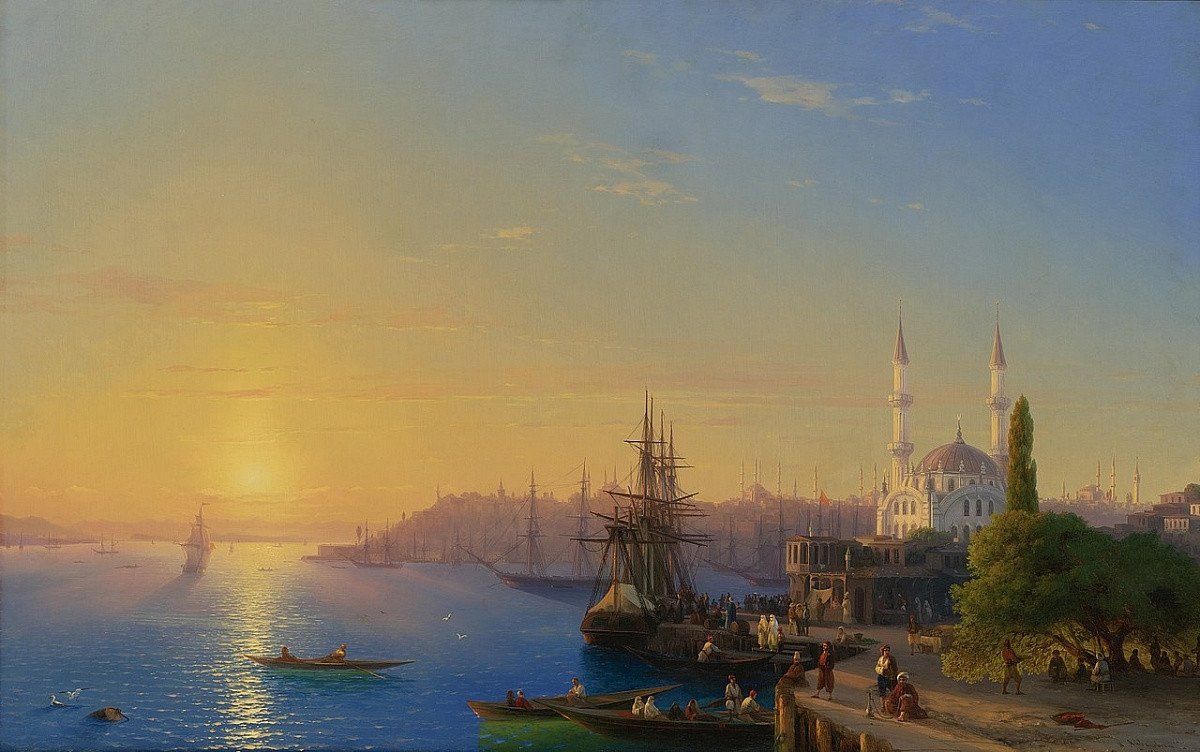 Ivan Aivazovsky, View of Constantinople and the Bosphorus, 1856. 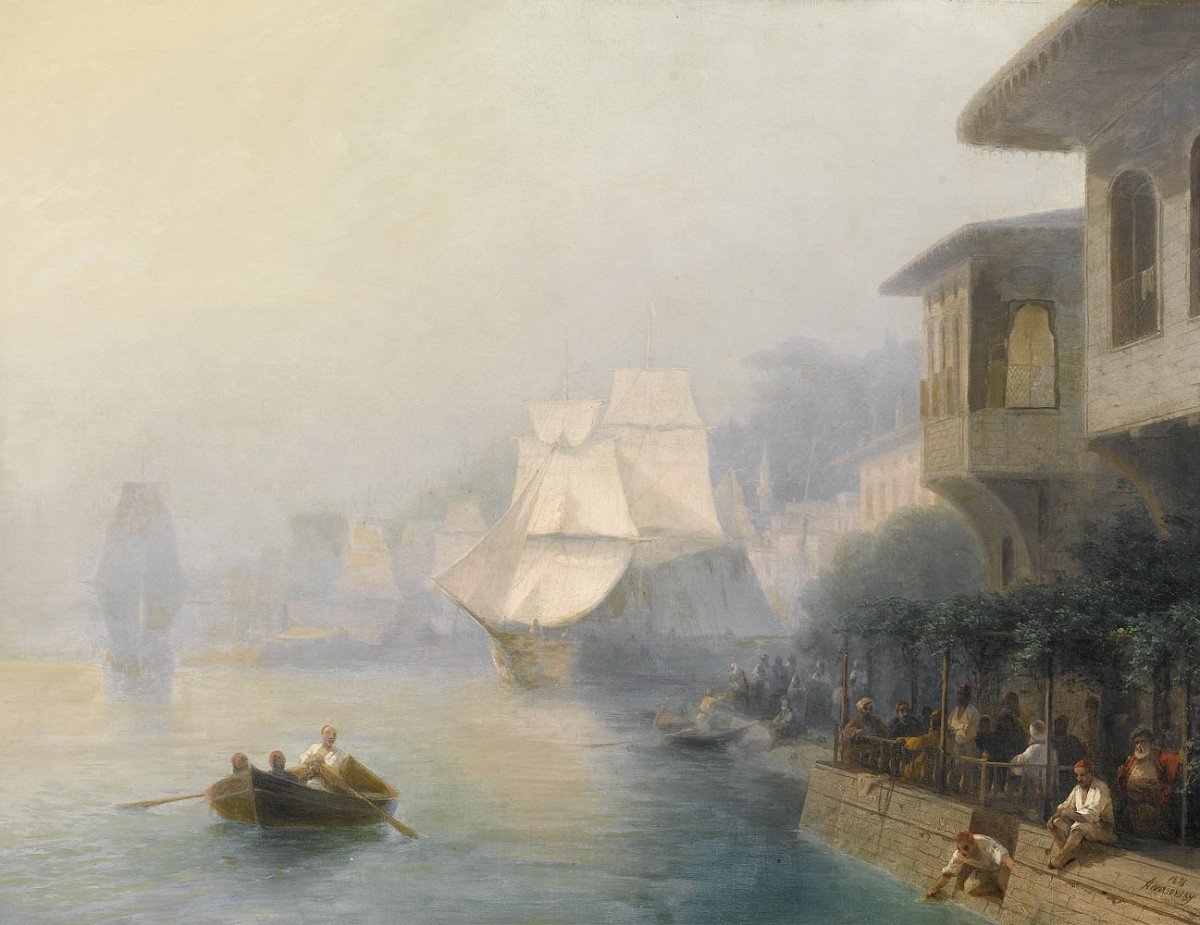 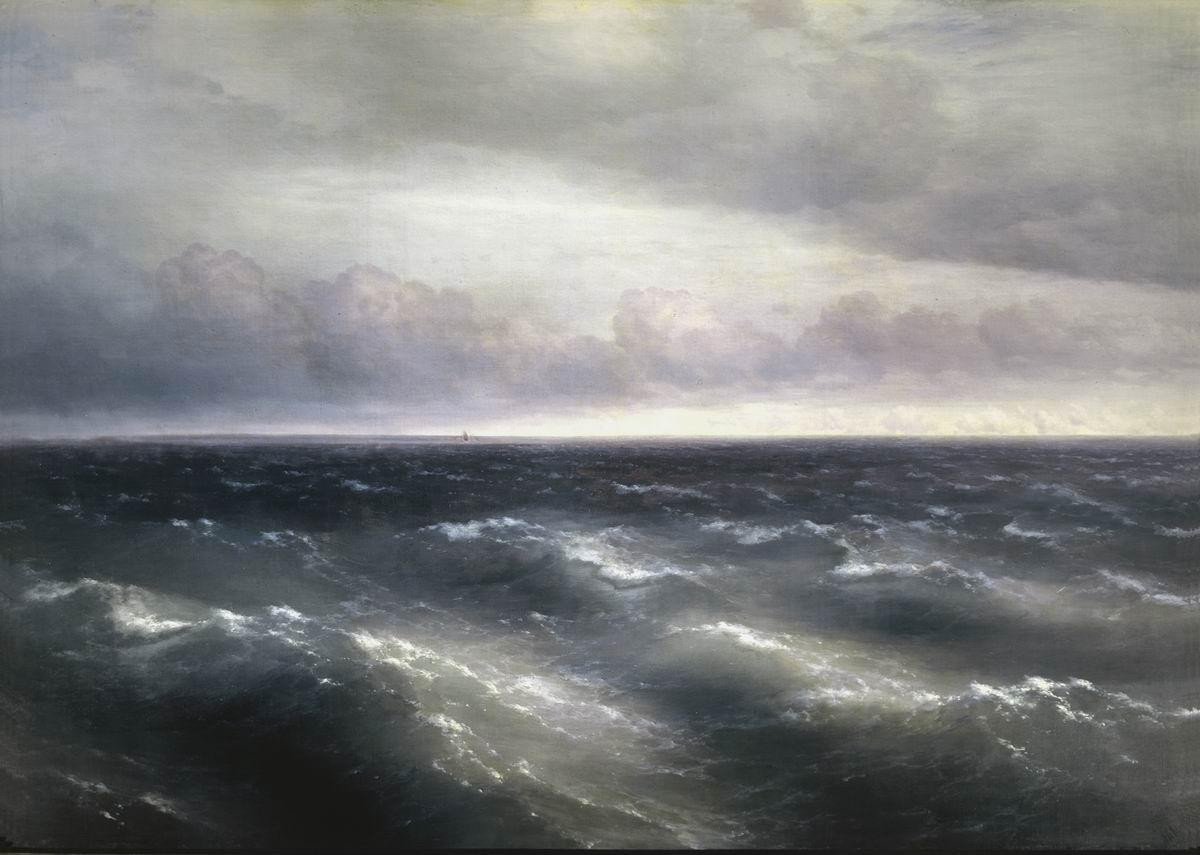 Art lovers most often buy works in the genre of seascapes, made in the technique of painting, however, works of this direction are also presented in engravings, and frescoes, and can be placed on the surface of ceramic tiles.

Works depicting seas and ships are sometimes created by painters not only at the behest of the soul but also because of official duties. Since 1830, the French Navy has had its artists, a special rank was even introduced for them - the artist of the fleet (Peintre Officiel de la Marine, POM), this officer rank has two ranks. Naval marine painters draw themes for creativity by participating in raids on military ships even to the most remote points on the world map, they are given the right to choose. There are about twenty artists in the service of the French Navy. Unlike their civilized counterparts, they do not need to think about where to offer their works for sale, they have a guaranteed state order.

But civilian artists from all over the world also have no reason to despair, there is a convenient gallery website for selling their works of art online Jose Art Gallery. 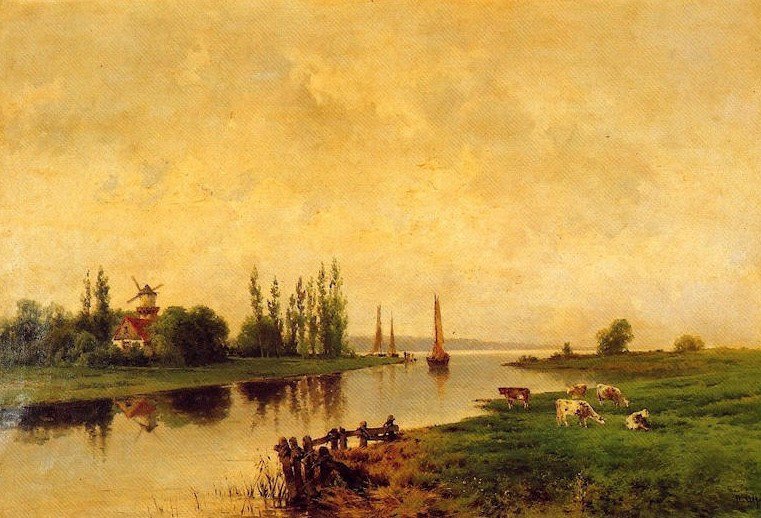 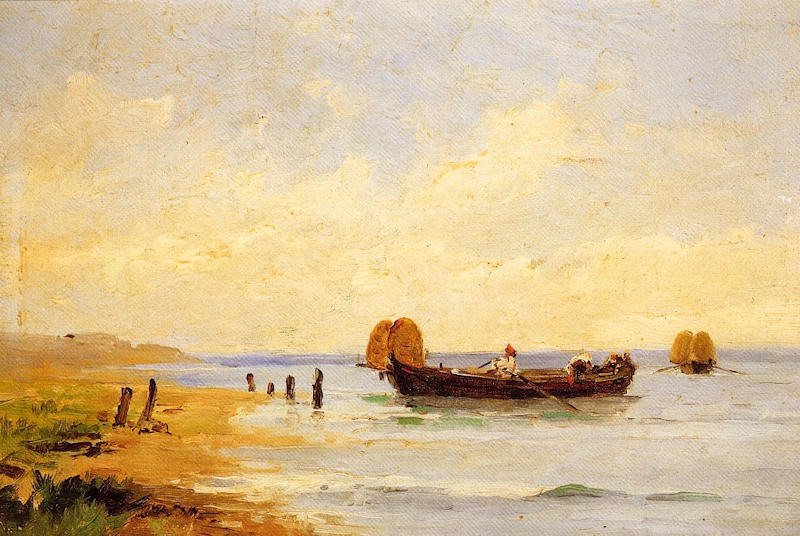 Nicolas Alfaro y Brieva, Marine.
We use cookies and similar technologies to provide the best experience on our website.More information >