Art Review
Urban landscape. The main task of this type of art is the artistic reflection of urban space and views of cities. This is a genre that has become widespread in painting and sculpture, photography, and graphics.
The past of urban landscape art dates back to the time of the Roman Empire. One of the oldest depictions of a city view from the heavenly heights dates back to the 1st century, it was preserved on the surfaces of the baths of Emperor Trajan and was made using fresco painting.
Medieval painting, depicting urban landscapes, served as scenery, among which religious plots unfolded.
And later, in the 16th - 18th centuries, engravings carved on copper surfaces, conveying views of cities from the skies, began to be in demand.
In an independent picturesque course, the urban landscape stood out in Holland in the 17th century. He was given credit by the Dutch artists of that era, who went down in history as fijnschilder ("fine painters"). 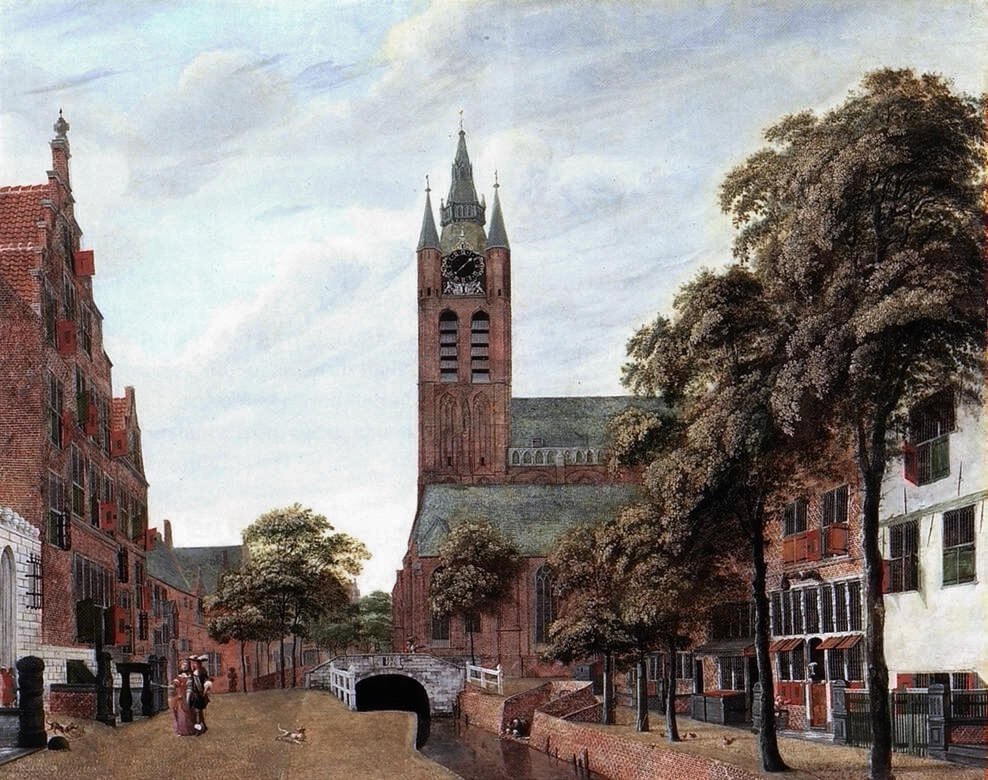 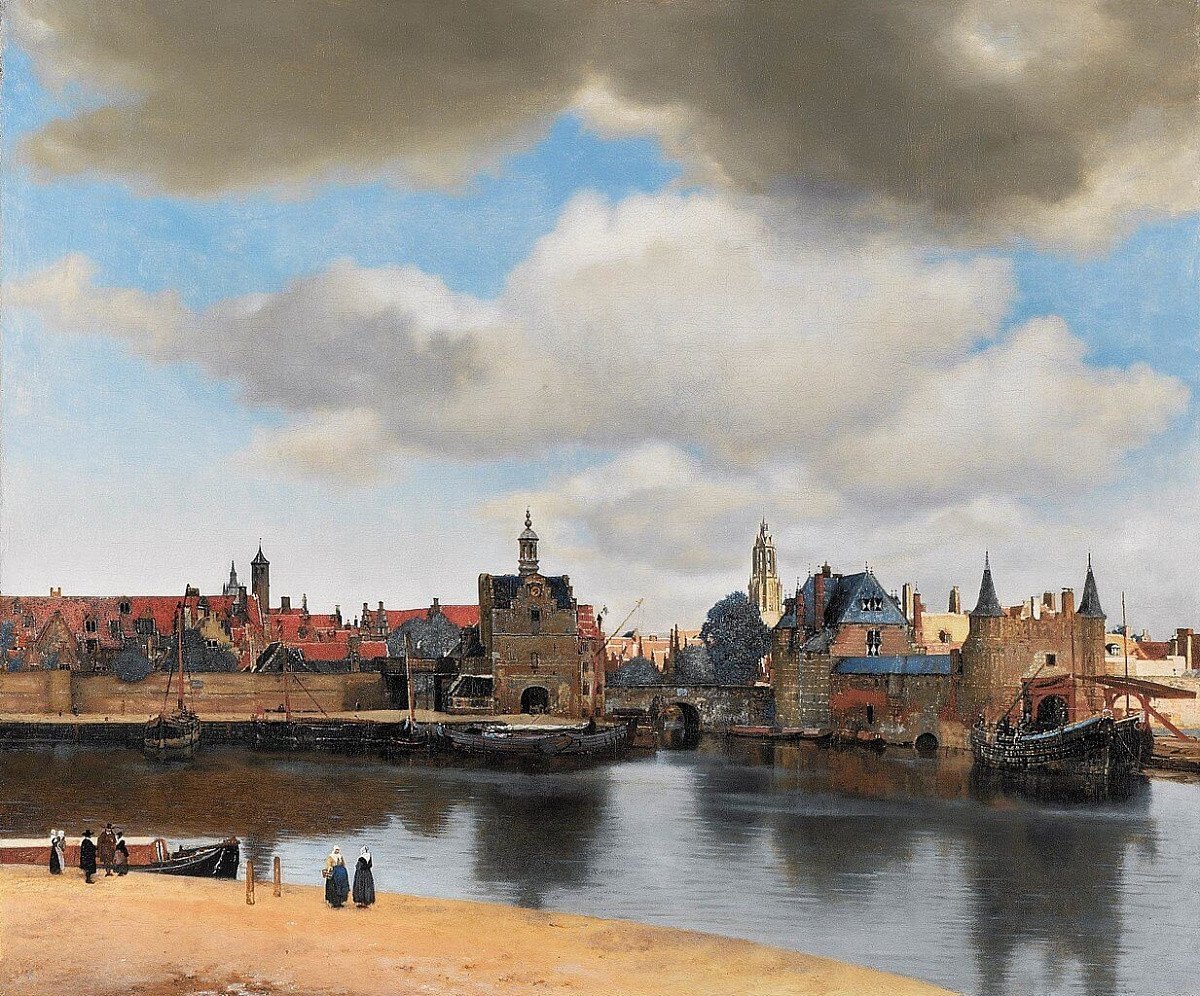 View of Delft, Johannes Vermeer, 1660-1661.
Pieter Jansz Saenredam, known for his images of the interiors of Christian churches, belonged to the cohort of famous urban landscape painters. The urban landscapes painted by him on canvases are concise and accurate in the reproduction of architectural monuments.
Another Dutch painter, Jan van der Heyden, painted views of his hometown, Amsterdam.
His compatriot Jan Vermeer is known for his landscapes of Dutch cities, which are characterized by realism and some detachment. His work View of Delft, created in 1661, is large and is a careful reproduction of the panorama of this city. The famous French writer Marcel Proust declared that this work is “the most beautiful picture in the world”.
The outstanding painters of the Netherlands captured the landscapes of many other Dutch cities.
The Dutch showed European art the path followed by their colleagues from France, Great Britain and German lands. In these countries, urban landscape painting also appealed to both painters and connoisseurs of beauty. 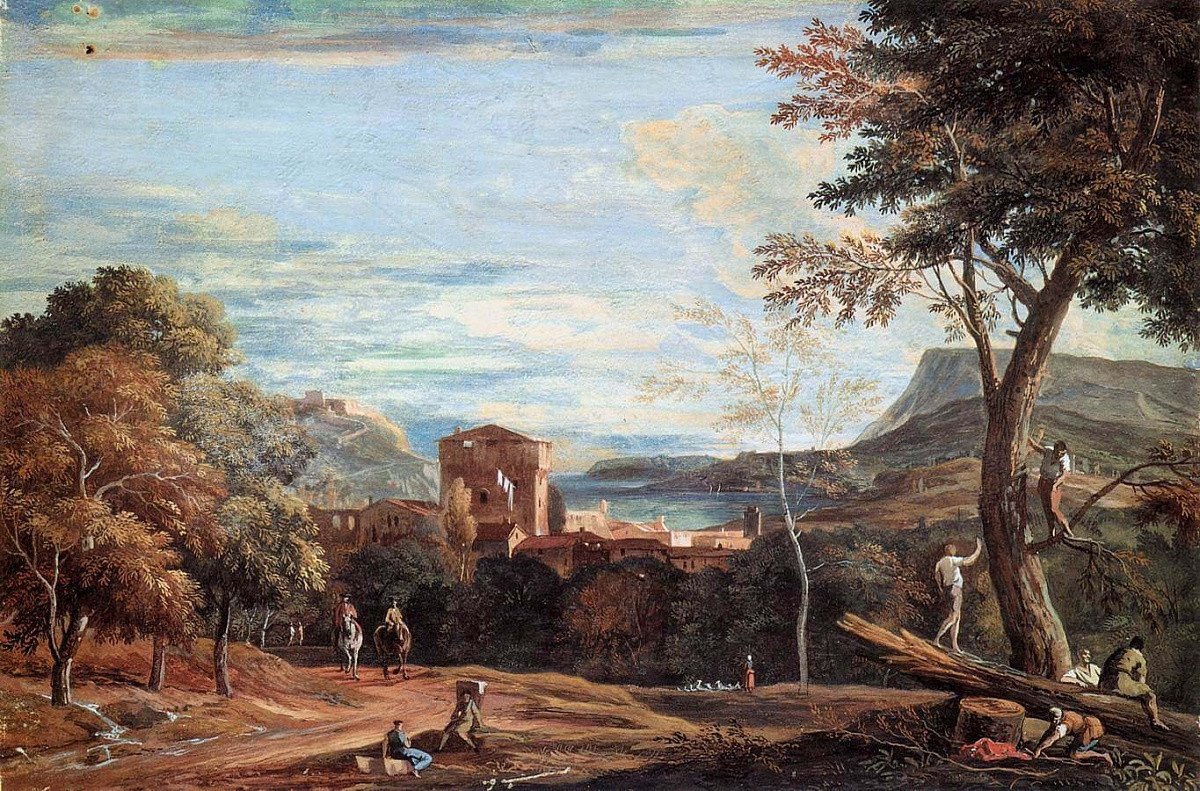 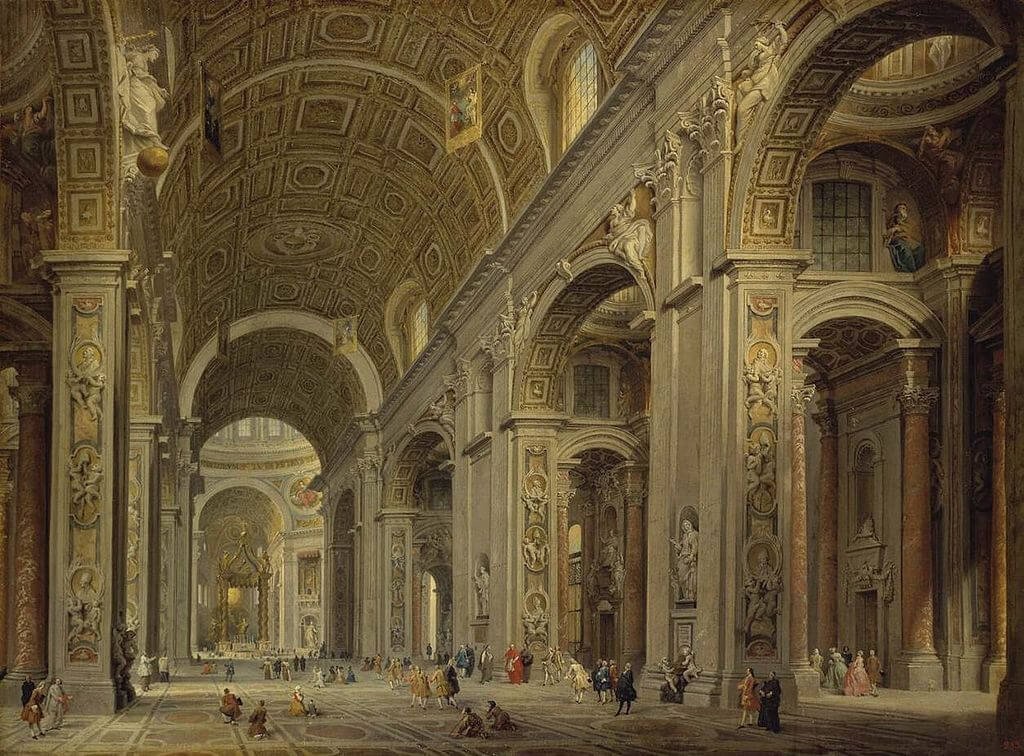 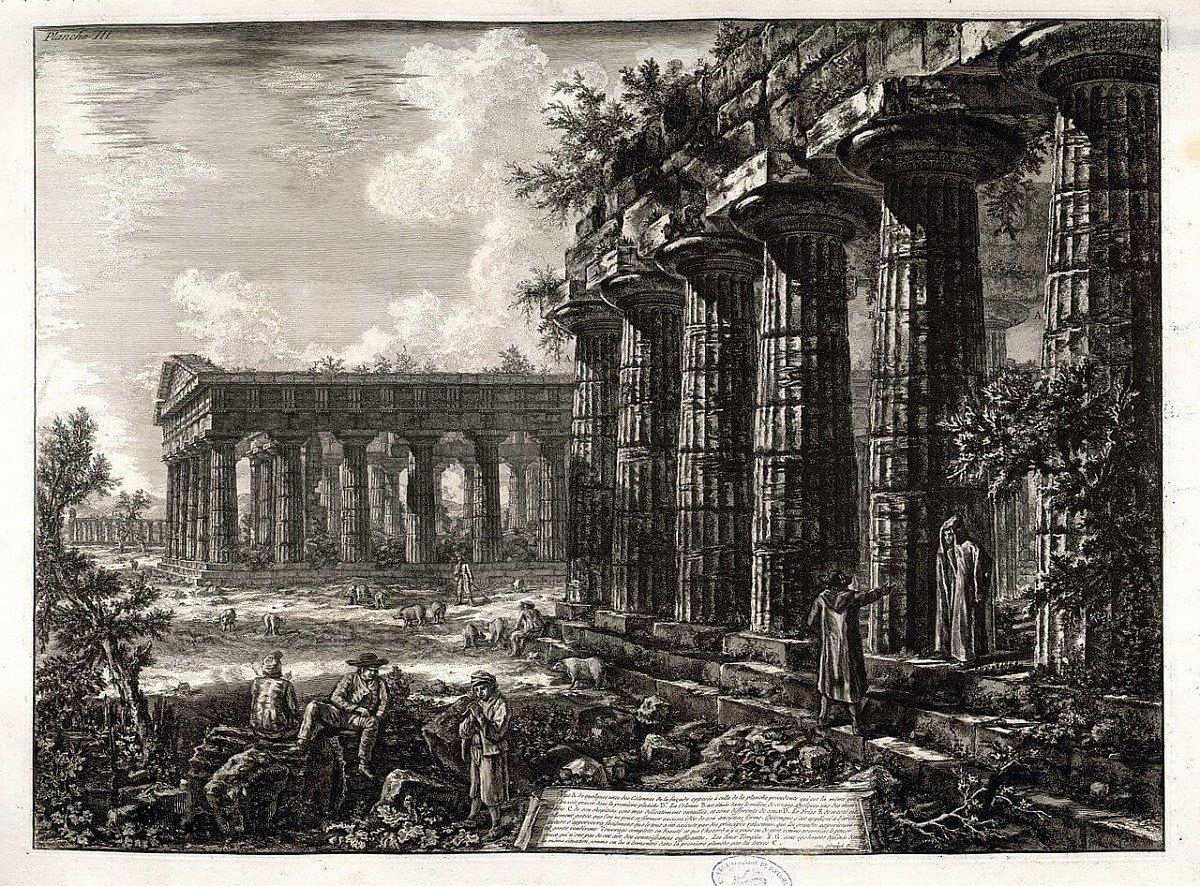 Columns in Paestum, Giovanni Battista Piranesi, 1778.
The XVIII century was marked by the flourishing of the urban landscape genre in the city on the shores of the Adriatic Sea, in Venice. The most famous landscape painters working in that era were Marco Ricci and Francesco Guardi.
This direction was flourishing and new fashion trends were spreading. XVII - XVIII centuries. - the era of the popularity of such a direction as capriccio, which means “caprice” in Italian. There we see the dreams of architectural delights embodied in the works of painting. Buildings and spaces in the paintings of this genre existed only in the imagination of the artist. Capriccio masters loved to depict the ruins of ancient buildings.
The real masters of the capriccio genre were Giovanni Tiepolo, Giovanni Paolo Pannini and Giovanni Battista Piranesi.
The urban landscapes of Giovanni Tiepolo have a characteristic feature - the heights of his imagination draws not only ancient ruins and statues, but also people slowly wandering between them, appearing in the form of philosophers or ancient warriors dressed in no less fantastic robes.
Another popular in the Old World of the XVIII century direction of the urban landscape was veduta (Italian for "view"). This genre may include paintings, as well as engravings with a detailed depiction of the city. Antonio Canaletto from Venice is considered to be the most famous veduta master. And his talented nephew Bernardo Bellotto painted landscapes of another part of Europe. The works created by this artist captured the views of Warsaw, Vienna and Dresden. 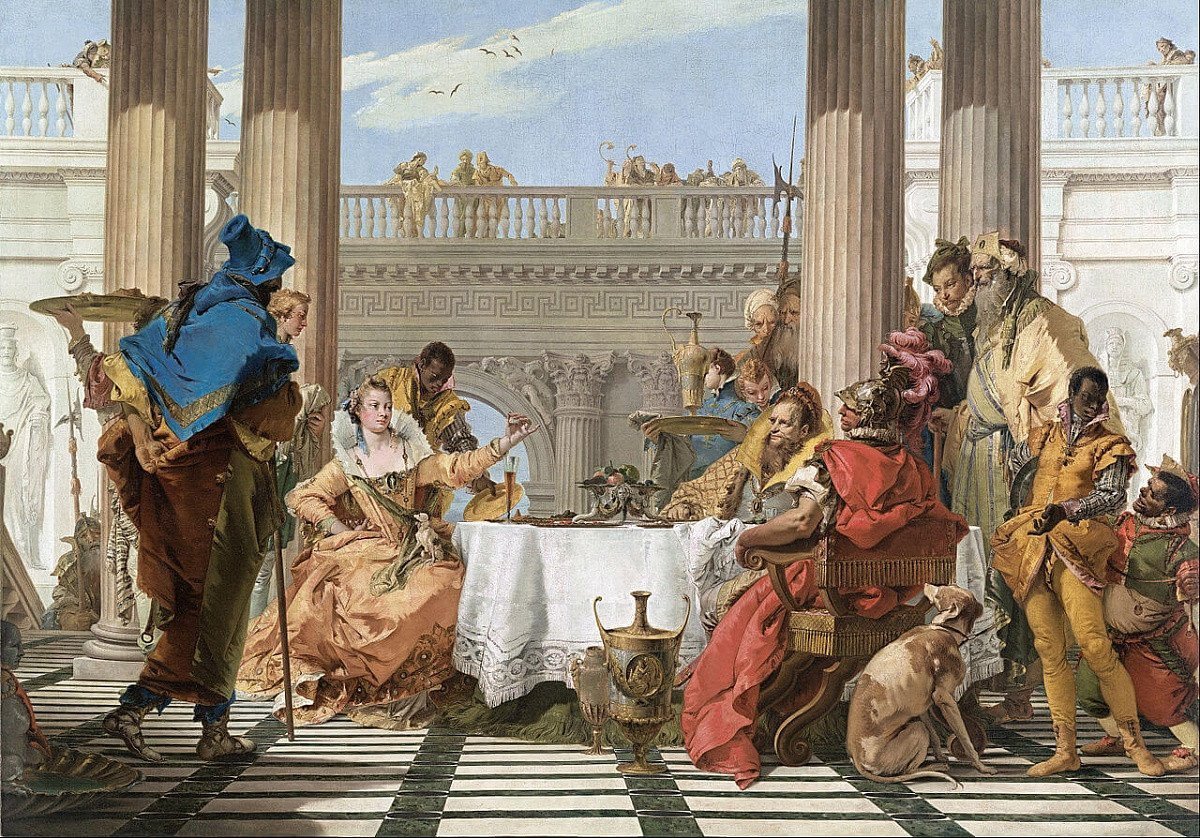 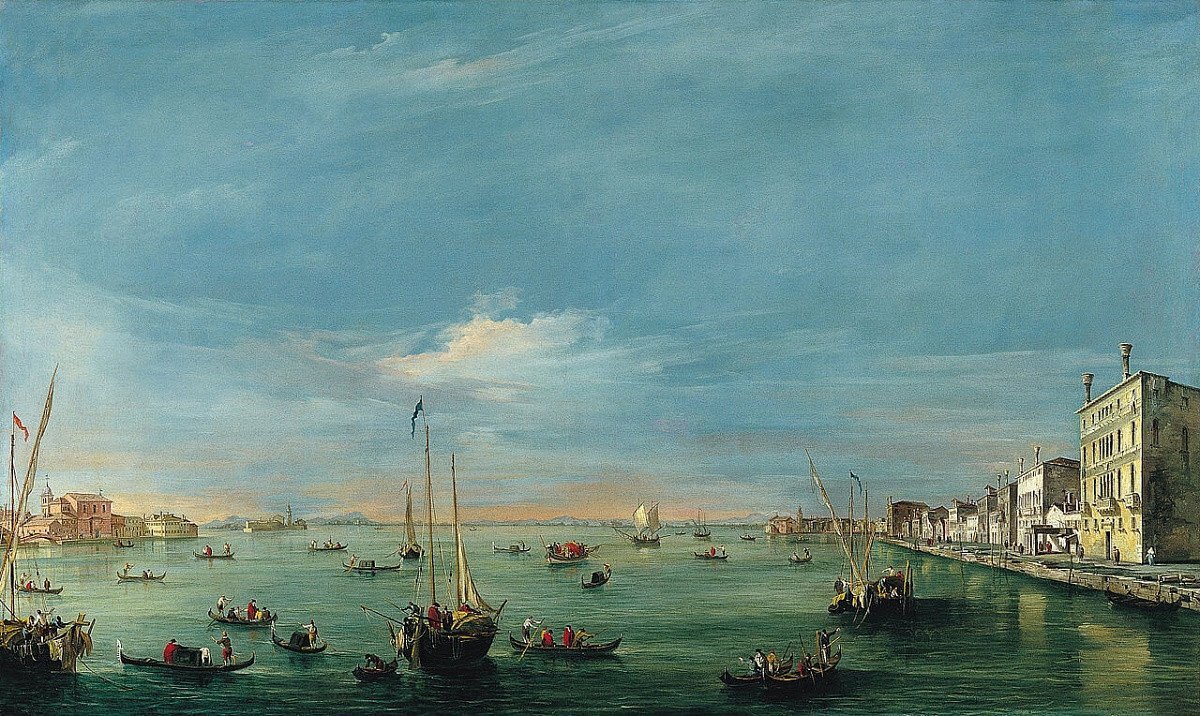 View of the Giudecca Canal and the Zattere, Francesco Guardi, 1757-1758.
When the 19th century entered its second half, the time came when artists began to add genre scenes to landscape painting to enliven it. Everything looks fresher and more interesting. And towards the end of the century, the Impressionists came and began to paint the city as if they were offering the viewer to look at the city streets through the glass of windows flooded with rain. It seems that any trifle of the urban space could not hide from their attention, whether it was a drainpipe or a pasted poster, roofs of houses or the lights of a big city.
At that time, unprecedentedly, artists became interested in the life of areas that had not previously attracted their attention - construction sites, industrial zones, among which the smoking chimneys of factories rise, half stations on the railways began to appear more and more often on their canvases.
In modern painting there are also masters who are faithful to the genre of urban painting. Cityscapes, which can be purchased for your own collection, can be easily found on the Jose Art Gallery page.
We use cookies and similar technologies to provide the best experience on our website.More information >