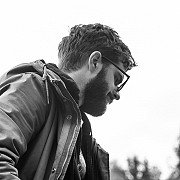 About the artist Ivan Okhrimenko

I was born in the small town of Veseloe, in the Zaporizhia region in the homeland of the Ukrainian Cossacks. The beginning of my childhood passed in the village, whose landscapes of the fields, domestic animals and Ukrainian huts left unforgettable memories. This period of my life was full of children's adventures and impressions. Drawings of my parents became first grains in the knowledge of art. Fr om that time, it became interesting to me to depict people and animals on paper, one of the first posers was a neighbor who often came to us. Thanks to my parents, my brother and I moved to the capital of Ukraine, Kiev. Here my youth had begun. At school I met Zhukova Larisa Petrovna my first teacher in the art. My inspiration was in book “The State Tretyakov Gallery”. I became acquainted with the work of such artists as: Vasilyev, Fedor Alexandrievich; Levitan, Isak Ilyich; Aivazovsky, Ivan Konstantinovich, they became for me a model of the highest skill in the field of art. I like doing two things the most - cooking and painting. Choosing the first, I went to study in the food industry. But had understand that make a mistake and after while switch to the art. I decided to go study at Alexander Zastenchenko studio, wh ere I received knowledge of the basics of academic drawing, and the watercolor techniques. After a while, I had a desire to gain deep knowledge and become a student of “National Academy of Fine Arts and Architecture”.